(THIS ARTICLE IS COURTESY OF THE U.K. SUNDAY EXPRESS)

The quake struck the nation, located just outside the Pacific’s deadly Ring of Fire, at 12.11 am BST on Sunday with a depth of 10 km.

Pictures from the scene show crumbling building and damage to vehicles and walls after the devastating quake struck the Caribbean nation injuring up to 135 people.

The quake was centered around 12 miles (20 km) west-northwest of Ti Port-de-Paix off Haiti’s north coast.

Le Nouvelliste newspaper said one person had died when an auditorium collapsed in Gros Morne.

Detainees were also released from a police holding cell that was damaged.

People flocked to social media to say the quake had been felt in Port-au-Prince, Haiti’s capital, but there had not been any major damage.

Haiti is prone to earthquakes as the island sits adjacent to major fault lines along the so-called “Ring of Fire”.

This is a horseshoe-shaped belt running around the Pacific Ocean where a large number of earthquakes and volcanic eruptions occur. 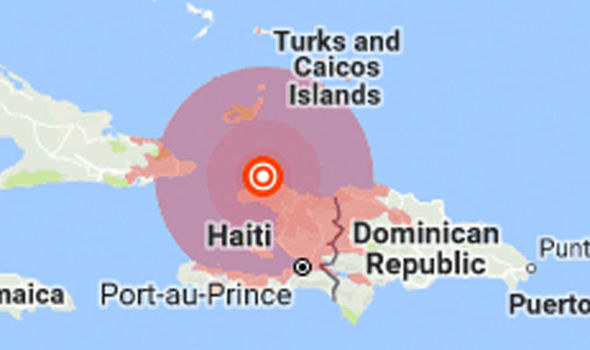 A 5.8 magnitude earthquake has struck near Port-au-Prince (Image: USGS) 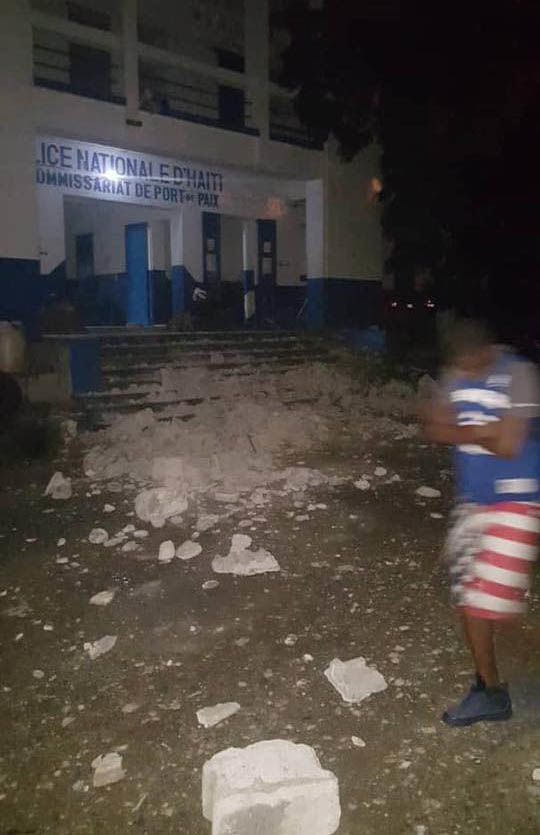 The quake struck the north-west Caribbean Island at around 8 pm local time on Saturday (Image: TWITTER)

But the full extent of the damage and number of casualties is still emerging as authorities assess the areas affected.

The Civil Protection agency said: “Our teams from north to south are witnessing a state of panic in some cities.”

Haiti’s president Jovenel Moïse said: “An earthquake with a magnitude of 5.8 has hit Haiti.

“According to the first reports by the Civil Protection, there is damage in the Far North of the Island.

“I am working closely with authorities for an appropriate response. 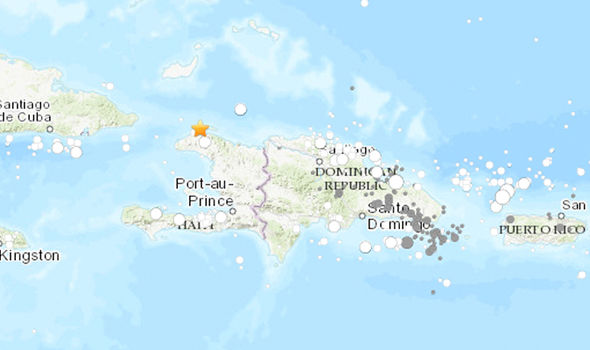 The earthquake was centered around 12 miles west-northwest of Ti Port-de-Paix off Haiti’s north coast (Image: USGS)

This is the strongest earthquake to hit Haiti since 2010.

In 2010, Haiti was devastated by a quake measuring 7.3 on the richter scale.

By January 24, at least 52 aftershocks measuring 4.5 or greater were recorded. 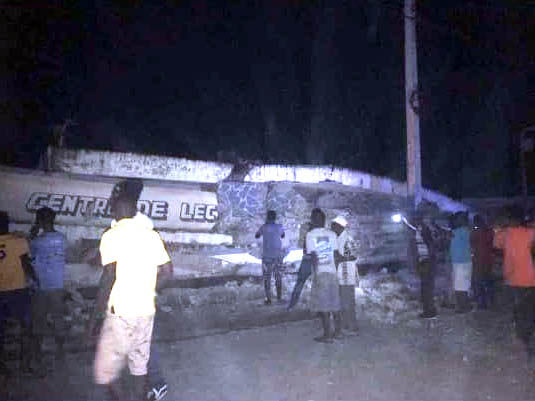 Buildings are severely damaged with debris and rubble masking the streets (Image: TWITTER) 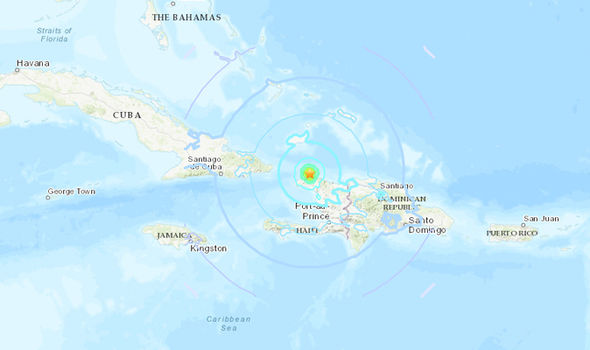 The earthquake took place at 12:11 am on Sunday morning with a depth of 10 km (Image: USGS)

An estimated three million people were affected by the quake.

The horrific earthquake, which was the biggest the region had seen in 200 years, left more than 1.5 million people homeless and resulted in an immense humanitarian crisis.

There are people like you and me all around the world, don't be afraid and travel

A novelist with a passion for reading and traveling shares his view of the world and his adventures.

The Light Behind the Story

A writing journey to truth & light

On Safari and More about photos and photography writing and life experiences....