Let us pause for a moment to mark the loss of a fierce and tireless public servant: Joe Arpaio, the former sheriff of Maricopa County, Ariz., who so robustly devoted himself to terrorizing immigrants that he was eventually convicted of contempt of court and would have lived out his twilight years with a well-deserved criminal record if President Trump, a staunch admirer of Mr. Arpaio’s bare-knuckle approach to law enforcement, had not granted him a pardon.

To clarify, Mr. Arpaio the man has not passed. As of Tuesday, he was still very much alive and kicking, the proto-Trumpian embodiment of fearmongering ethnonationalism. Mr. Arpaio’s dream of returning to elective office, however, has been dealt what is most likely a fatal blow by his loss in Arizona’s Republican primary for the Senate. Cast aside and left to wallow in the knowledge that his moment has passed, he has a fitting end to the public life of a true American villain.

This defeat came as a surprise to no one. In the closing weeks of the race, his campaign had begun melting down. His staff was in chaos, and polls showed him trailing both Representative Martha McSally, Tuesday’s victor, and Kelli Ward, an anti-immigration firebrand also courting the right wing of the party.

As “America’s toughest sheriff,” as Mr. Arpaio liked to call himself, prepares to ride off into the sunset, it bears recalling that he was so much more than a run-of-the-mill immigrant basher. His 24-year reign of terrorwas medieval in its brutality. In addition to conducting racial profiling on a mass scale and terrorizing immigrant neighborhoods with gratuitous raids and traffic stops and detentions, he oversaw a jail where mistreatment of inmates was the stuff of legend. Abuses ranged from the humiliating to the lethal. He brought back chain gangs. He forced prisoners to wear pink underwear. He set up an outdoor “tent city,” which he once referred to as a “concentration camp,” to hold the overflow of prisoners. Inmates were beaten, fed rancid food, denied medical care (this included pregnant women) and, in at least one case, left battered on the floor to die.

Indeed, many prisoners died in Mr. Arpaio’s jail — at an alarming clip. The number of inmates who hanged themselves in his facilities was far higher than in jails elsewhere in the country. More disturbing still, nearly half of all inmate deaths on his watch were never explained. Over the years, the county paid out tens of millions in wrongful death and injury settlements. 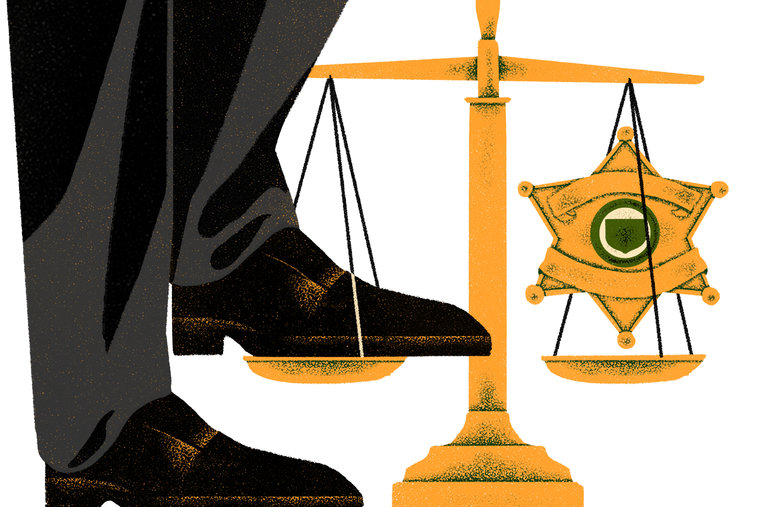 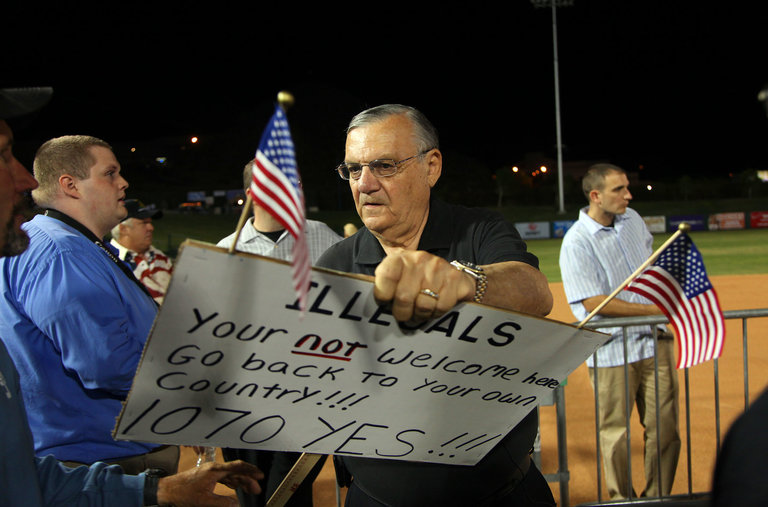 At the same time, Mr. Arpaio’s department could not be bothered to uphold the laws in which it had little interest. From 2005 through 2007, the sheriff and his deputies failed to properly investigate, or in some cases to investigate at all, more than 400 sex-crime cases, including those involving the rape of young children.

Mr. Arpaio embraced the racist birther movement more energetically than most, starting an investigation aimed at exposing President Barack Obama’s American birth certificate as a forgery. The inquiry ran five years, with Mr. Arpaio announcing his “troubling” findings in December of 2016, just weeks after having been voted out of office. Even many of his own constituents, it seemed, had grown weary of the sheriff’s excesses. No matter, as of early this year, Mr. Arpaio was still claiming to have proved “100 percent” that Mr. Obama’s birth certificate had been faked — to be clear, he has not — and suggesting he would revive the issue if elected to the Senate.

It was no secret that Mr. Arpaio’s methods often crossed the line into the not-so-legal. In 2011, a federal district judge ordered the sheriff to end his practice of stopping and detaining people on no other grounds than suspecting them of being undocumented immigrants. Mr. Arpaio declined to oblige, secure in the rightness of his own judgment. The legal battle dragged on until last summer, when he was found guilty of criminal contempt of court for blatantly thumbing his nose at the law. 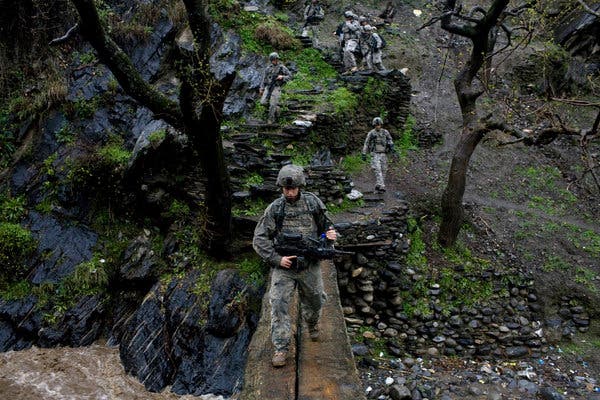 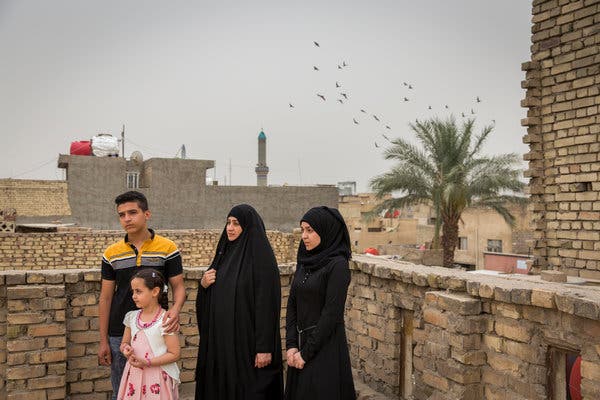 The Iraqi Spy Who Infiltrated ISIS 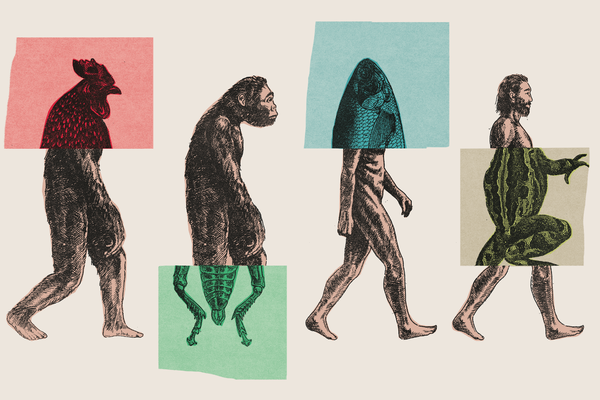 The Scientist Who Scrambled Darwin’s Tree of Life

Such unwillingness to bow to an uppity judiciary surely impressed Mr. Trump, who sees his own judgment as superior to any moral or legal precept. In this way, Mr. Arpaio was arguably the perfect pick to be the very first person pardoned by this president. The two men are brothers in arms, fighting the good fight against the invading hordes of immigrants — and their liberal enablers, of course. And if that requires dismissing the Constitution and destroying the rule of law, so be it. What true patriot would object to a few tent cities or human rights violations when the American way of life is in mortal peril?

In announcing the pardon last August, Mr. Trump praised Mr. Arpaio as an “American patriot.” The official statement by the White House gushed: “Throughout his time as Sheriff, Arpaio continued his life’s work of protecting the public from the scourges of crime and illegal immigration.” To Mr. Trump’s fans, this was another welcome sign of the president’s commitment to keeping them safe from The Other.

Not everyone in the president’s party was pleased. Members of his administration reportedly advised against the pardon as too controversial. It was widely noted that the announcement was made in the hours right before Hurricane Harvey slammed the Gulf Coast, presumably with an eye toward minimizing the negative media coverage of the pardon while journalists were busy reporting on the storm. (For his part, Mr. Trump later claimed that the pardon actually had been timed to take advantage of the higher ratings generated by Harvey watchers.)

Even so, John McCain, the Arizona senator and frequent Trump critic who passed away on Saturday, made his dismay known. “The president has the authority to make this pardon,” he said in a statement, “but doing so at this time undermines his claim for the respect of rule of law, as Mr. Arpaio has shown no remorse for his actions.”

Certainly, Mr. Arpaio showed little sign of remorse on the campaign trail. In a recent interview with The Times, he rambled about all the Mexican rapists and murderers who filled his jails back in the day, and he said the answer to the debate over Dreamers was simple: Deport all 700,000 of them back to their home countries.

The former sheriff also made clear that, despite all the legal drama swirling around the president, his loyalty to Mr. Trump was steadfast. “You can’t support people just because they’re convicted?” he asked rhetorically. “No matter what he’s convicted of, I’m still going to call it a witch hunt, so of course I’ll stand by him.”

Some might consider it ungenerous to celebrate Mr. Arpaio’s electoral failure and continuing slide into irrelevance. But the man has a long and storied history of mistreating people in unfortunate circumstances, so it seems only appropriate to return the favor.

For nearly a quarter-century, Sheriff Joe Arpaio was a disgrace to law enforcement, a sadist masquerading as a public servant. In a just system, we would not see his like again. In the current political climate, it may be enough that Arizona Republicans solidly rejected him.