(THIS ARTICLE IS COURTESY OF THE ST. GEORGE NEWS) 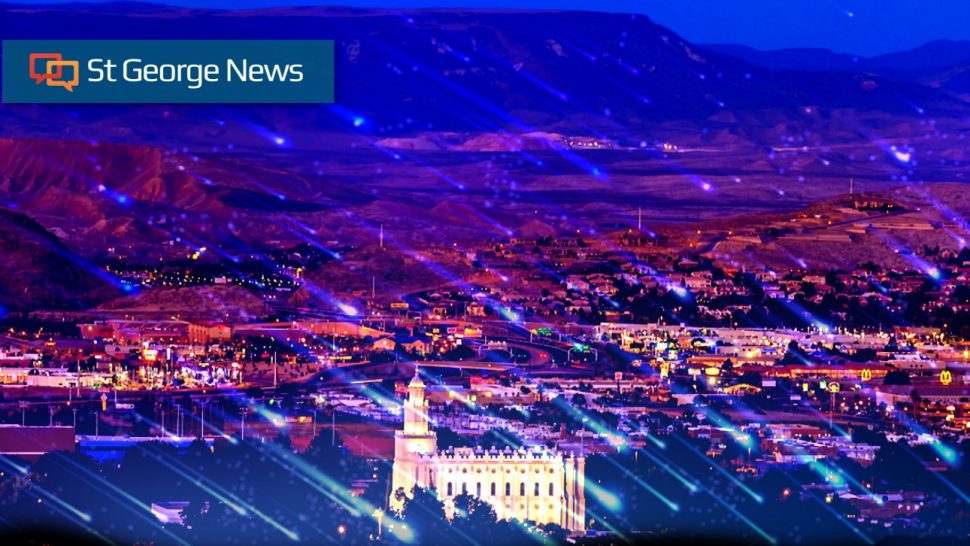 ST. GEORGE — Earth’s ancient relative, the Smith-Tuttle comet, is set to be the headliner for three nights in August, producing a brilliant light show as fragments of the 4-billion-year-old snowy dirtball streak across the skies during one of the most active meteor showers of the year.

The Perseid meteor shower will make its peak three-night appearance from Aug. 11-13, and is known to be a rich, steady meteor shower that sends 60-70 meteors slamming into the Earth’s atmosphere at more than 130,000 mph every hour. This year’s meteor shower event will be make even more spectacular by the “slender waxing crescent moon,” according to EarthSky’s 2018 Meteor Shower Guide.

Meteors are small fragments of cosmic debris entering the earth’s atmosphere at extremely high speed. They are caused by the copious amounts of particles produced each time a comet swings around the sun and eventually spread out along the entire orbit of the comet to form a meteoroid stream.

If the Earth’s orbit intersects with the comet’s orbit, as it does with the Swift-Tuttle Comet, then it passes through that stream, which produces a meteor shower. If that intersection occurs at roughly the same time each year, then it becomes an annual shower, according to the American Meteor Society.

Swift-Tuttle has an eccentric, oblong orbit around the sun that takes 133 years. The comet’s orbit takes it outside the orbit of Pluto when farthest from the sun, and inside the Earth’s orbit when closest to the sun, releasing particles of ice and dust that become part of the Perseid meteor shower.

Perseid showers last for weeks instead of days and have been streaking across the sky since July 17, and while they are heaviest during the three-day period beginning Saturday, they will continue for at least 10 days after.

The fast, bright meteors appear in all parts of the sky, roughly 50 to 75 miles above the earth’s surface and leave continual trains, which is the persistent glow caused by the luminous interplanetary rock and dust left in the wake of the meteoroid, and often remain long after the light trail has dissipated.

These meteors, which can reach temperatures of more than 3,000 degrees Fahrenheit, start from northerly latitudes during mid-to-late evening and tend to strengthen in number as the night continues, typically producing the greatest number of showers in the hours just before dawn, which is also moonless and makes them easier to see against the black backdrop.

Because meteor shower particles are all traveling in parallel paths at the same velocity, they appear to radiate from a single point in the sky, similar to railroad tracks converging to a single point as they vanish beyond the horizon. The Perseid shower originates from a point in front of the constellation Perseus, which ranks 24 on the list of largest constellations and is visible from August to March in the Northern Hemisphere.

To mix things up a bit, the Delta Aquariids meteor shower, which peaked July 27, the same night as the century’s longest lunar eclipse, is still showering icy space dust across the sky and is running simultaneously with the Perseid’s.