Rudy Giuliani: I have a clear conscience

Giuliani: Clapper and Brennan are 2 clowns

Giuliani gets upset when challenged with his own words

Giuliani: The president will not lie

Giuliani: Trump probably has power to pardon himself

“She believes her husband,” Giuliani said at the “Globes” Capital Market conference in Tel Aviv. “And she knows it’s untrue.”
Thursday afternoon, the first lady’s communications director fired back at Giuliani.
“I don’t believe Mrs. Trump has ever discussed her thoughts on anything with Mr. Giuliani,” East Wing communications director Stephanie Grisham told CNN in a statement. 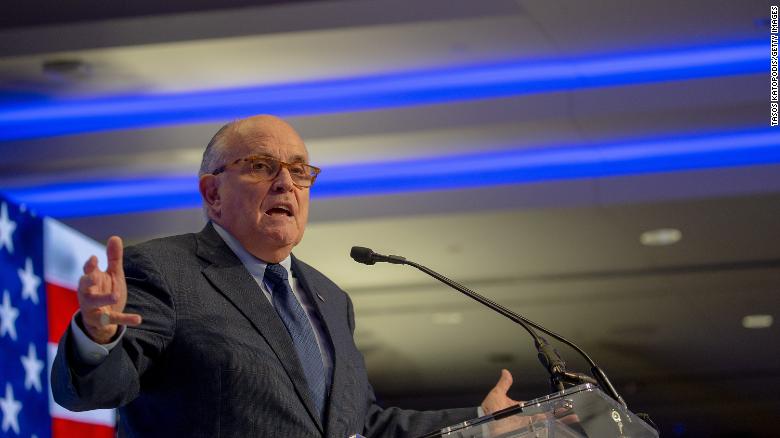