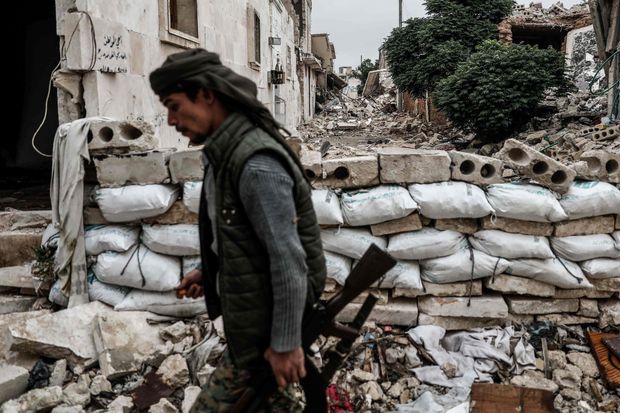 BEIRUT—Missile strikes on Syrian government bases overnight killed dozens of pro-regime forces, including Iranians, according to a monitoring group, in what could mark an escalation of hostilities between foreign powers fighting for influence.

There were conflicting reports about the death toll. The Syrian Observatory for Human Rights said 27 people were killed in Hama, the majority of whom were Iranian, without providing further details. There were no immediate details about casualties in Aleppo.

Some Iranian media outlets, citing local sources, reported that 18 Iranians were killed in the strikes, but the reports later omitted the Iranian death toll. The semiofficial Iranian Students’ News Agency, which carried the original report, later quoted an intelligence source saying that no Iranian forces were killed in the attack outside Hama.

It wasn’t immediately clear who carried out the attack. Israel has conducted dozens of strikes against Syrian government positions, some of them targeting Iranian personnel. Israeli military declined to comment. It has a policy of neither confirming nor denying strikes in Syria.

Addressing allegations that Israel was behind the strikes, the country’s Intelligence Minister Yisrael Katz told Army Radio: “The policy is clear: Iran won’t be allowed to establish a northern front [on Syria’s border with Israel].”

Syria’s Chemical Weapons and the West: From Diplomacy to Military Action 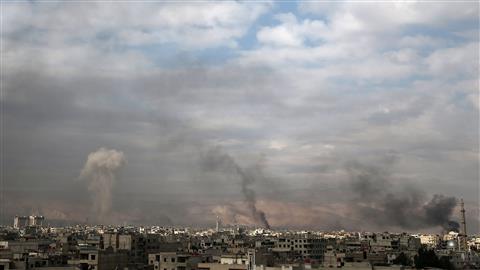 The airstrikes against the Syrian regime, in response to a suspected poison gas attack, underscore the West’s shift from pursuing a diplomatic solution to a militaristic one. Will this approach work?

The attack comes on the heels of U.S.-led airstrikes on Syrian chemical weapons facilities, in retaliation for an alleged attack with chlorine and nerve gas in a Damascus suburb earlier in April.

In the wake of the attacks, Syrian regime forces have continued to bomb areas outside of their control, in a push to continue gaining ground and end the seven-year war.

Iran has been a vital ally of Syrian President Bashar al-Assad during the war, sending thousands of elite Revolutionary Guard forces into Syria and training and arming foreign militias.

The semiofficial Iranian Labor News Agency reported that none of Iran’s Afghan Shiite troops were killed in the strikes on Aleppo. According to the Syrian Observatory for Human Rights, the target in Aleppo was the Nayrab military airport.

“The base of this division near Aleppo is safe and none of the forces of this group have been martyred in the media-claimed strikes,” an unnamed commander of the troops was quoted as saying.

As Mr. Assad has gained ground—in part due to Russia’s intervention in 2015—Iran has extended its presence in Syria, causing concern in Israel, which views Tehran as its main regional adversary.

Israel for years largely stayed neutral in the Syrian war, launching airstrikes only against weapons convoys bound from Iran to Hezbollah, the Lebanese militia supported by Iran, which helps prop up Mr. Assad. But fearing that Tehran would establish weapons factories and military sites in Syria, threatening Israeli territory, Mr. Netanyahu’s stance has shifted, ordering the Israeli air force to repeatedly hit sites in Syria, raising the prospects of a wider regional war.

On April 9, in a strike that Russia blamed on Israel, missiles struck another Syrian base, killing at least 14 pro-regime forces, including seven Iranians.

Referring to the most recent attack, Amos Yadlin, a former head of Israeli military intelligence, told The Wall Street Journal that, “The magnitude and accuracy of the attack in Northern Syria is the capability of a state and not the Syrian opposition.”

“From the Iranian perspective, there is an open account with Israel. If they blame Israel for this attack, there is a higher risk of retaliation,” Mr. Yadlin said.

After the latest attack, an Israeli open source intelligence site posted purported satellite imagery on Twitter, saying that the target of the attack was an Iranian base recently erected north of Hama airport.

The site claimed that an Iranian plane had recently arrived from Tehran, likely carrying weapons, and showed images of an alleged Iranian drone at the base.

—Dov Lieber in Tel Aviv and Asa Fitch in Dubai contributed to this article.