The Pentagon has denied Syrian claims the US attacked a Homs air base Sunday, hours after President Donald Trump tweeted “Animal Assad” would have a “big price to pay” for an alleged chemical weapons attack.

Syrian State TV said the T-4 airbase in Homs, in the country’s west, had been hit by “several missiles” in a “likely attack by the US,” early Monday morning local time.
Citing a military source, the state-run Syrian Arab News Agency said the attack had caused an unspecified number of deaths and injuries.
A senior US administration official told CNN Sunday that reports from the region claiming US Tomahawk missiles had struck targets in Syria were not true.
The Pentagon also issued a statement denying the attack.
“At this time, the Department of Defense is not conducting air strikes in Syria. However, we continue to closely watch the situation and support the ongoing diplomatic efforts to hold those who use chemical weapons, in Syria and otherwise, accountable,” a Pentagon statement said. 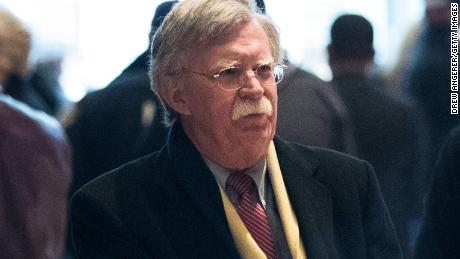 John Bolton faced with crisis on first day
On Sunday, Trump said there would be a “big price to pay” after an alleged chemical weapons attack on the city of Douma Saturday, which the US blamed on Syrian President Bashar al-Assad.
In a series of tweets, Trump also criticized Russian President Vladimir Putin and Tehran, saying “Russian and Iran are responsible for backing Animal Assad.”

CNN’s Lonzo Cook and Barbara Starr contributed to this report.