(CNN)The Russians are coming! Except they aren’t. Though they already have a bit. And they might well be coming a bit more soon.

This is how very bad things happen.
The threat posed by Russia to Western interests is unlike anything seen since the 1990s. It has forces or proxies deployed in Syria, Ukraine and, don’t forget, parts of what’s still called Georgia. There is smoke, but there is also fire and daily there is a lot of fuel being added.
Dutch state media revealed this week that Dutch cyber spies — the Joint Sigint Cyber Unit (JSCU) — were able to hack into the closed-circuit television of the building where a Russian hacking organization known as Cozy Bear worked, and observe them coming and going from offices where they hacked the Democratic National Committee in the US. The Dutch told the Americans, touching off the US investigations. According to the Dutch, the Americans then helpfully told the media they were tipped off by a Western intelligence agency, prompting the Russians to turn off the Cozy Bear CCTV hack. 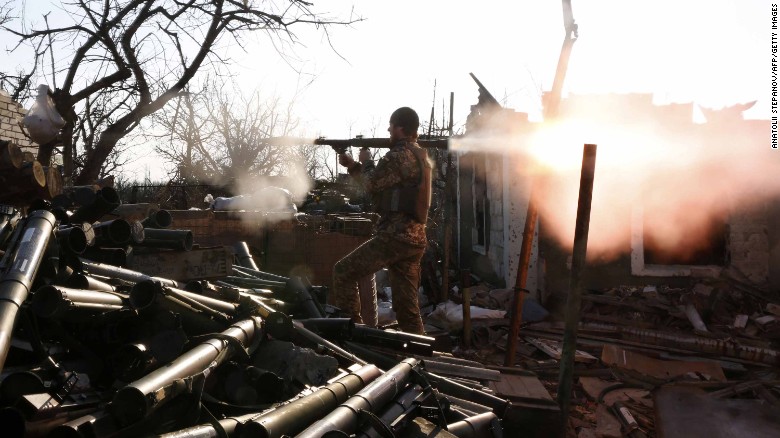 A Ukrainian serviceman shoots with a grenade launcher during fighting with pro-Russian separatists in Donetsk, Ukraine.
There was also a shrill warning from new UK Defense Secretary Gavin Williamson, who, amid a budget row and internal leadership posturing, chose Friday to unleash a barrage of concerns about “thousands and thousands and thousands” — yes, that many — deaths that Russia could cause in Britain, if it successfully hacked the electricity grid.
close dialog

Receive Fareed Zakaria’s Global Analysis
including insights and must-reads of world news
Activate Fareed’s Briefing
By subscribing you agree to our
privacy policy.
Williamson told the Daily Telegraph: “Why would they [the Russians] keep photographing and looking at power stations, why are they looking at the interconnectors that bring so much electricity and so much energy into our country? They are looking at these things because they are saying, ‘These are the ways we can hurt Britain.'” His officials have also alleged Russia may target the transatlantic cables that ferry the internet to the UK.
These new claims were met with the now-predictable Russian derision. Russian defense spokesman Igor Konashenkov said Williamson had “lost understanding of what is reasonable in his fierce fight for the banknotes in the military budget,” and that his “phobia” belonged in “children’s comic books” or an episode of “Monty Python’s Flying Circus.”
Kremlin spokesman Dmitri Peskov dubbed the Dutch report “anti-Russian hysteria,” saying “if the Dutch newspapers want to supply the coal to the furnace of anti-Russian hysteria which is currently takes place in America, well… let’s say it’s not the most noble thing to do.”

‘All decorum has been cast aside’

Russophobia is a familiar and disturbing theme. Foreign Minister Sergey Lavrov recently called it “unprecedented.”
“We never saw this during the Cold War. Back then, there were some rules, some decorum… Now, all decorum has been cast aside,” Lavrov told Russian daily Kommersant in an interview published on January 21. 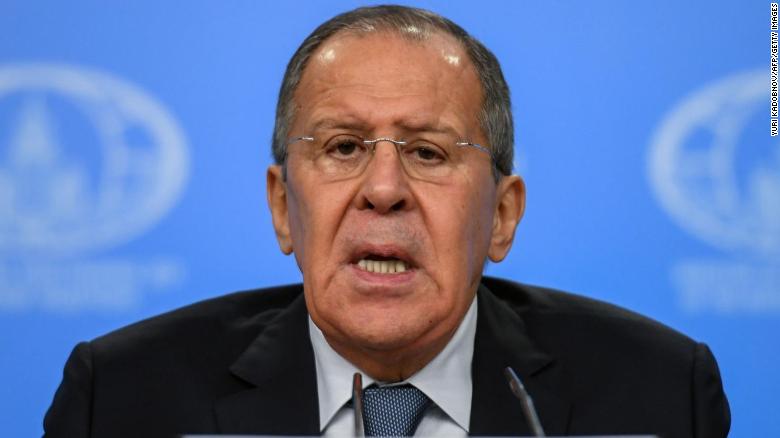 Russian Foreign Minister Sergei Lavrov gives his annual press conference in Moscow on January 15, 2018.
Some Russian state rhetoric is designed to paint a picture of an outside world that hysterically harnesses fear of a resurgent Russia, when really the country means no harm. It is designed to try and distance Russians from an outside world they can increasingly see, even if only through the slanted prism of Russian state media.
The xenophobia, homophobia and sometimes outright racism that has grown in Russian society also stem from the idea of a people — a narod — under threat. Russophobia, that argument goes, happens because “they want us gone, but also because they fear us, as we refuse to lie down.” I saw it in the eyes and anger of many ethnic Russians embattled in eastern Ukraine. They felt abandoned, scorned, left outside the rest of Ukraine, and had to turn to Russia to protect their Russianness. 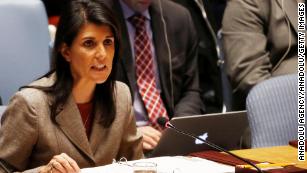 Nikki Haley says Russia is complicit in Syrian atrocities
Some of Russia’s urban elite has seen too much of the outside world to buy this reductive message. But its nationalists and beholden state employees embrace it, and much of rural Russia hasn’t seen the glittering globe beyond. Life remains tough there, with even state figures accepting that just under 14% of Russians live below “the minimum cost of living,” according to Tass.
Into this narrative of “them and us” come these increasingly vociferous Western claims of the Russian threat. In the partisan fury of US or UK politics, it is hard to know at times whether Russia did ingeniously undermine the entire US electoral process and infiltrate Team Trump, or just ended up having clumsy hackers steal some emails, and allow some of its sympathizers to get too close to some of Trump’s less savvy or wholesome staff.
It is hard to know, with Russian-backed tanks still in Donetsk and jets in Syria, whether we are seeing an expansionist Moscow intent on soon probing the Baltic states or switching off the lights in London, or a nervous Russia that is just checking threats it sees in its near abroad. 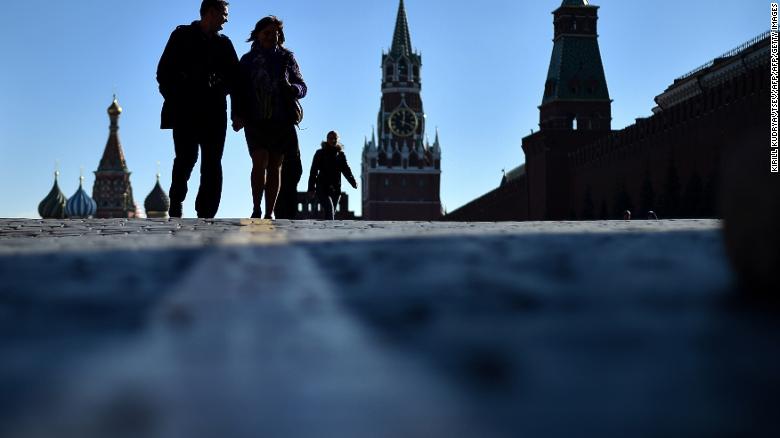 Red Square in Moscow. Russians see the West through the prism of state-run media.
The most troubling point is that the distinction doesn’t really matter. This perception of Russophobia (or a real Russian threat) is either what the Kremlin wants, to justify its more aggressive schemes, or it is what the Kremlin feels it has to respond to, as to not appear weak.
Vladimir Putin has long surrounded himself not with tech-age visionaries, but with men who stem from the same age as him, a period he called the “greatest geopolitical catastrophe of the 20th century” — the fall of the Soviet empire. He still feels it personally, wishes to see the shift in power partially redressed and must surely be bemused at how the US public has elected a president so capable of diminishing US influence the world over.
The Kremlin takes things personally. It may seem disproportionate to the slight, but not when compared with the extraordinary suffering of the Soviet era and the brutal collapse of the 1990s. But by recognizing Russia as the threat it increasingly shows itself to be, Western figures are also ensuring Moscow has little choice but to fulfill the prophecy.