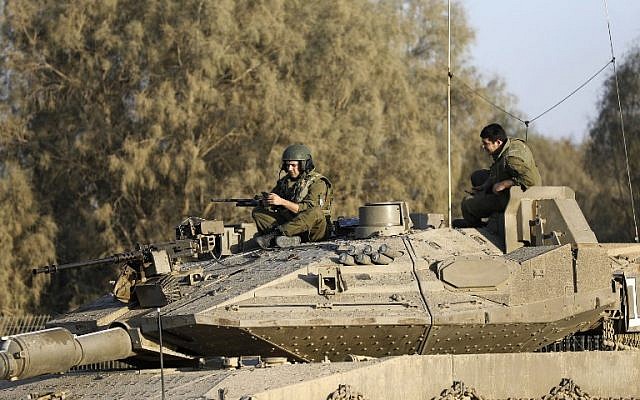 Israeli soldiers sit on a tank close to the Israeli border with the Gaza Strip on October 30, 2017, near Kibbutz Kissufim in southern Israel. (AFP PHOTO/MENAHEM KAHANA)

After politicians Kcriticized the army on Tuesday for appearing to apologize for killing terrorist leaders in the bombing of a Gaza attack tunnel the day before, the military clarified that its comments were taken out of context and that it does not regret their deaths.

On early Monday afternoon, the Israel Defense Forces blew up an attack tunnel that had entered Israeli territory from the Gaza Strip. At least seven terrorists, including two senior Palestinian Islamic Jihad commanders, were killed in the blast and its aftermath, a dozen more were wounded and, as of Tuesday afternoon, five were still missing in the rubble, according to the coastal enclave’s health ministry.

Several hours after the demolition of the tunnel, IDF Spokesperson Brig. Gen. Ronen Manelis responded to a reporter’s question about the goal of the tunnel blast, saying that the operation was intended only to destroy the underground infrastructure and was “not in any way” meant to assassinate senior terrorist leaders.

Taking to Twitter in response to the comment, Education Minister Naftali Bennett on Tuesday morning accused the military of “apologizing” for the Palestinian Islamic Jihad commanders’ deaths.

“It is forbidden to apologize for successfully destroying terrorists,” Bennett wrote. “Let’s be clear – these were terrorists involved in digging an attack tunnel inside Israeli territory with which they intended to kill Israeli women and children.” 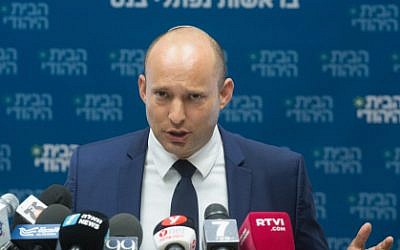 Head of the Jewish Home party and Education Minister Naftali Bennett leads a faction meeting at the Knesset on October 23, 2017. (Miriam Alster/Flash90)

Bennett, who is a member of the security cabinet, said that although Monday’s operation was the deadliest incident in the coastal enclave since the 2014 Gaza war, Israel does not want an escalation of violence with Gaza.

“We are not looking for escalation,” he tweeted. “As a member of the cabinet which has been working since Operation Protective Edge to remove the threat of the tunnels, I give my full support to the army’s actions. The purpose of the IDF is to defeat the enemy, and it should continue to do so.”

In response to Bennett’s statement, an army spokesperson said that the military did not regret the deaths of the terrorists and didn’t make “even one apology” about the army operation. 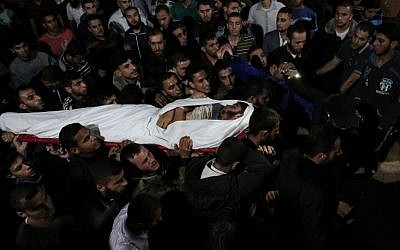 The body of Marwan Alagha, 22, is carried by mourners after he was killed when Israel blew up a tunnel built by the Islamic Jihad terror group stretching from the Gaza Strip into its territory, at Naser hospital in Khan Yunis, in the southern Gaza Strip, on October 30, 2017. (SAID KHATIB / AFP)

The official said Manelis’s comment was in response to a question about the goal of the detonation, which was not specifically intended to kill terrorist leaders, but to destroy the infrastructure — “and that was done extremely well,” he said.

“The comments were responsible,” the spokesperson added.

Defense Minister Avigdor Liberman, continuing the war of the words, attacked Bennett on Twitter, accusing him of harming Israel’s security.

“A briefing by the IDF spokesperson cannot be used for a blatant assault on the IDF and its commanders. Comments like this seriously damage the security of Israel and the IDF,” Liberman wrote.

“We will continue to operate with determination, strength and responsibility for the security of Israel’s citizens,” he said. 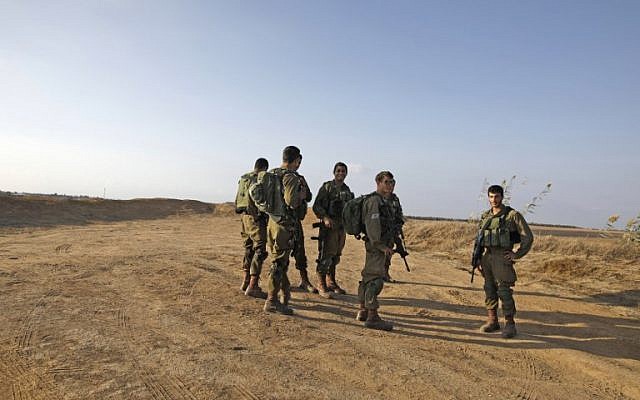 Israeli soldiers patrol close to the Israeli border with the Gaza Strip on October 30, 2017, near Kibbutz Kissufim in southern Israel. (AFP PHOTO/MENAHEM KAHANA)

“It is a shame that government ministers, instead of backing the IDF after an incident like this, chose once again to use it to score political points at the army’s expense,” he said in a statement.

Stern said he fully supported the army, and it was clear that there had been no apology. “The result of the IDF’s response was seven killed terrorists but a quiet night in the communities bordering the Gaza Strip — that is a great result,” he said.

The IDF said the terror tunnel was discovered inside Israeli territory near the Gaza Strip and is believed to have been dug after the 2014 Gaza war. The tunnel was being built by the Islamic Jihad terror group. It ran from the Gazan city of Khan Younis, crossed under the border for dozens of meters, and approached Kibbutz Kissufim.

The incident significantly raised tensions in the region, though so far there has been no military response from Islamic Jihad.