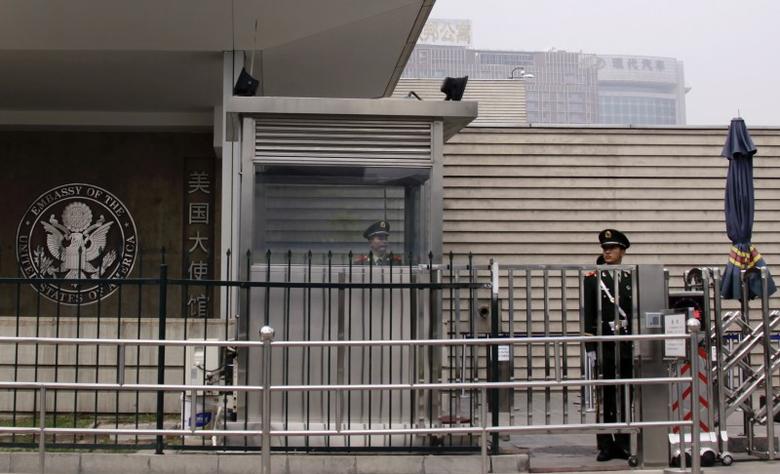 David Rank, the chargé d’affaires of the U.S. Embassy in Beijing, has left the State Department over the Trump administration’s decision to quit the 2015 Paris agreement to fight climate change, a senior U.S. official said on Monday.

A State Department spokeswoman confirmed Rank’s departure, but said she was unable to verify Twitter posts that said he resigned as he felt unable to deliver a formal notification to China of the U.S. decision last week to quit the agreement.

“He has retired from the foreign service,” said Anna Richey-Allen, a spokeswoman for the department’s East Asia Bureau. “Mr Rank has made a personal decision. We appreciate his years of dedicated service to the State Department.”

Iowa Governor Terry Branstad, President Donald Trump’s pick as the next U.S. ambassador to Beijing, is expected to take up the post later this month.

A tweet from China expert John Pomfret quoted unnamed sources as saying that Rank had resigned as he could not support Trump’s decision last week to withdraw from the Paris agreement.

Another tweet from Pomfret said Rank called a town hall meeting to announce his decision to embassy staff and explained that he could not deliver a diplomatic note informing the Chinese government of the U.S. decision.

A senior U.S. official confirmed the account given in the tweets, but added that after Rank announced his intention to retire on Monday in Beijing, he was told by the State Department to leave his post immediately. The official spoke on condition of anonymity.

Rank, a career foreign service officer who took over the post of deputy chief of mission in Beijing in January 2016, could not immediately be reached for comment.

Jonathan Fritz, the embassy’s economics councillor, would serve as chargé in his place, Richey-Allen said.

Rank had been with the department for 27 years and served as the political councillor at the U.S. Embassy in Afghanistan from 2011-12.

Trump’s announcement last Thursday that he would withdraw the United States from the Paris climate accord, saying the agreement would undermine the U.S. economy and cost jobs, drew anger and condemnation from world leaders and heads of industry