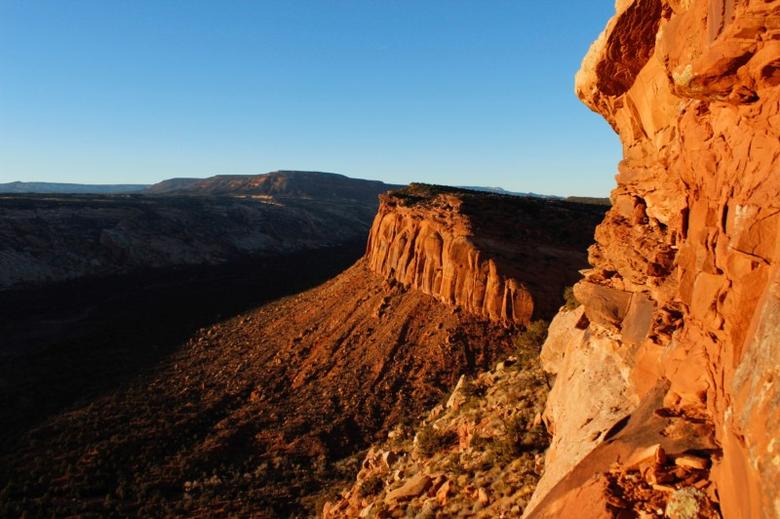 The Trump administration’s call for an opening of U.S. national monuments to economic development has drawn 107,00 comments from the public, with many expressing hope that sites like Utah’s Bears Ears can maintain their protected status.

President Donald Trump last month ordered the Interior Department to review some 27 national monuments created since 1996, with an eye to rescinding or shrinking the size of some of them to increase development opportunities.

“It would be a travesty to leave this landscape vulnerable to uranium and fossil-fuel mining, and excessive off-road vehicle use,” the Navajo-led Bears Ears Inter-Tribal Coalition wrote in one public comment.

The five-tribe group oversees the Bears Ears monument and lobbied hard to secure its monument designation by former President Barack Obama in December.

Interior Secretary Ryan Zinke gave the public until May 26 to comment on Bears Ears, the country’s newest monument, and until July 10 to comment on the rest.

As of Friday, groups and individuals had posted more than 107,000 comments on a government website created to receive them as part of the review process, a high number given the short time frame.

One public comment, made anonymously, urged Zinke not to bow to industry and political pressure to alter the Bears Ears monument. “Do the hard thing, speak for the many and not the few,” it said.

Many industry groups and politicians, including Utah’s governor, two senators and congressman, want Zinke to reverse monument designations and turn over control of the protected lands to states.

Zinke is due to give his recommendation to Trump on Bears Ears on June 10 and publish a report on the other monuments later.

“This issue just strikes a nerve with people,” said Randi Spivak of the Center for Biological Diversity.

But many opponents of the monument designations have posted comments, with some arguing that barring large swaths of land from any development keeps the public from fully enjoying these areas.

One thought on “Trump’s bid to open U.S. monuments to development draws calls for protection”