North Korea fired a ballistic missile into waters off its east coast on Sunday, its second missile test in a week, which South Korea said dashed the hopes of the South’s new liberal government for peace between the neighbors.

A South Korean military official said the missile appeared to be an upgraded, extended-range version of the North’s solid-fuel submarine-launched missile. The missile fired a week ago flew was liquid-fueled, and flew further.

North Korea has defied all calls to rein in its nuclear and missile programs, even from China, its lone major ally, saying the weapons are needed for legitimate self-defense.

The reclusive state has been working to develop a nuclear-tipped missile capable of striking the U.S. mainland. On Saturday, it said it had developed the capability to strike the U.S. mainland, although Western missile experts say the claim is exaggerated.

The United Nations Security Council is due to meet on Tuesday behind closed doors to discuss the latest test at the request of the United States, Japan and South Korea, diplomats said on Sunday.

An official traveling with U.S. President Donald Trump in Saudi Arabia said the White House was aware of the latest launch and noted that the missile had a shorter range than the three previous missiles that North Korea had tested.

U.S. Secretary of State Rex Tillerson said economic and diplomatic pressure would continue to be applied to North Korea. 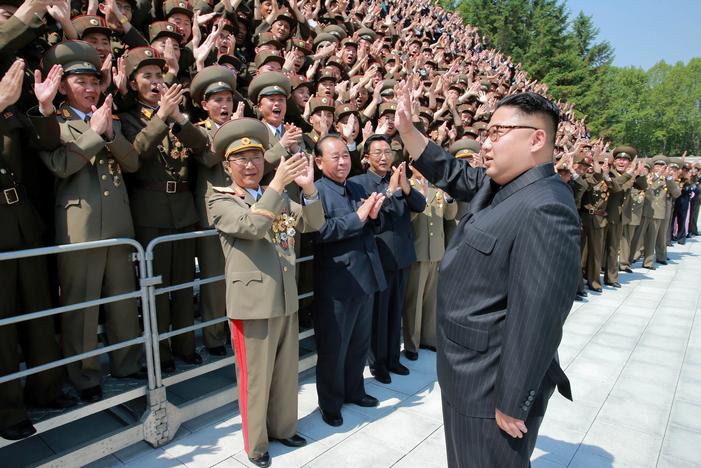 “The ongoing testing is disappointing, disturbing and we ask that they cease that,” he said in an interview with “Fox News Sunday”.

The two missile tests in a week complicate plans by South Korea’s new President Moon Jae-in to seek ways to reduce tension on the peninsula. Moon took office eleven days ago after winning an election on a platform of a more moderate approach to the North, with which the South is still technically at war since no peace treaty was signed at the end of their 1950-1953 conflict.

South Korea’s foreign ministry said the tests were “reckless and irresponsible actions throwing cold water over the hopes and desires of this new government and the international community for denuclearization and peace on the Korean peninsula”.

Japanese Prime Minister Shinzo Abe said the latest missile test by the reclusive North was “a snub and a challenge to international efforts for a peaceful resolution”.

Abe told reporters after a meeting of Japan’s National Security Council that he wanted to raise the issue of North Korean missile launches at the Group of Seven leaders’ summit in Italy this month. China had no immediate comment.

Kim Dong-yub, a military expert at Kyungnam University’s Institute for Far Eastern Studies in Seoul, said the North appeared to be testing and perfecting both solid and liquid-fueled missiles, which might help explain why the pace of its tests had increased.

Sunday’s missile was launched at 0759 GMT (3:59 a.m. ET) from a location near Pukchang, 60 km (36 miles) northeast of the capital Pyongyang, an area where North Korea attempted to test-launch another missile last month but failed, South Korea’s Office of Joint Chiefs of Staff said in a statement.

The missile flew about 500 km (310 miles), it said. Japan’s Chief Cabinet Secretary Yoshihide Suga said the missile landed outside Japan’s exclusive economic zone and no damage to ships or airplanes was reported.

On Saturday, North Korea’s KCNA state news agency said in a commentary: “The U.S. mainland and the Pacific operational theater are within the strike range of the DPRK and the DPRK has all kinds of powerful means for annihilating retaliatory strike.” North Korea’s full name is the Democratic People’s Republic of Korea (DPRK).

For a graphic on North Korea missile launch, click here

(Additional reporting by Tetsushi Kajimoto and Tim Kelly in Tokyo, Jeff Mason in Riyadh and Michele Nichols at the United Nations; Writing by Raju Gopalakrishnan; Editing by Peter Graff and Sandra Maler)