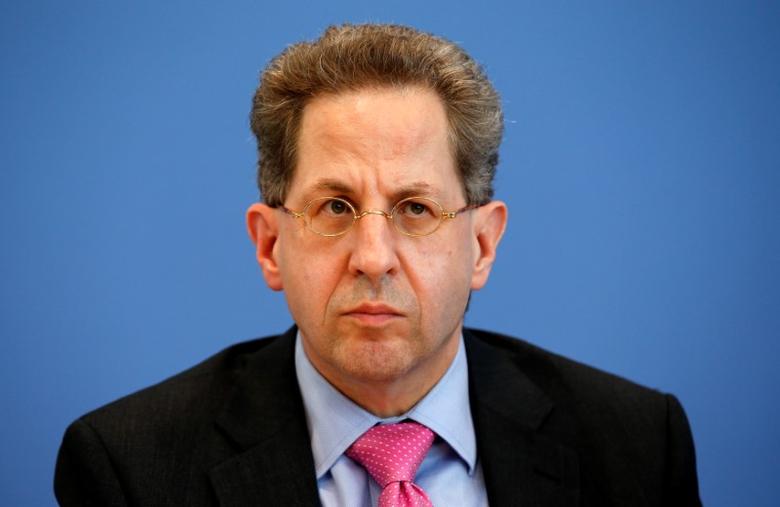 Hans-Georg Maassen, Germany’s head of the German Federal Office for the Protection of the Constitution (Bundesamt fuer Verfassungsschutz) addresses a news conference to introduce the agency’s 2015 report on threats to the constitution in Berlin, Germany, June 28, 2016.REUTERS/Fabrizio Bensch –

The head of Germany’s domestic intelligence agency (BfV) said a Syrian suspect arrested on Monday was building a bomb and probably planned to attack one of the airports in Berlin.

Spies managed to track down and identify the suspect in the eastern state of Saxony last Thursday and started a round-the-clock observation, Maassen said.

“We found out that he then bought hot glue in a discount shop on the following day. And then we immediately put all measures into place to start a raid because we assumed this can basically be the last missing chemical for him to build a bomb.”

Maassen told ARD that initial intelligence information pointed to an attack on trains in Germany but it later became clear that he planned to strike a Berlin airport.

Germany’s top public prosecutor, Peter Frank, confirmed that his office had taken over the investigations because of the severity of the charges.

“The danger is mainly characterized by the fact that he developed a very high explosive for which special expertise was needed, and he made it in a very large quantity,” he told ARD’s television news programme, Tagesthemen.

Investigators said earlier they found “some 1.5 kilograms (3 lb) of an extremely dangerous explosive” in the suspect’s apartment.

German authorities said earlier on Monday that the suspect was probably inspired by IS and was readying an attack similar to those in Paris and Brussels.

Jaber Albakr, 22, arrived in Germany in February last year during a migrant influx into the country and was granted temporary asylum four months later. Officials said he had not previously aroused suspicion.

The suspect’s background will be unwelcome news for Chancellor Angela Merkel, whose conservatives have lost support to the far-right Alternative for Germany (AfD) party over her refugee-friendly policy.