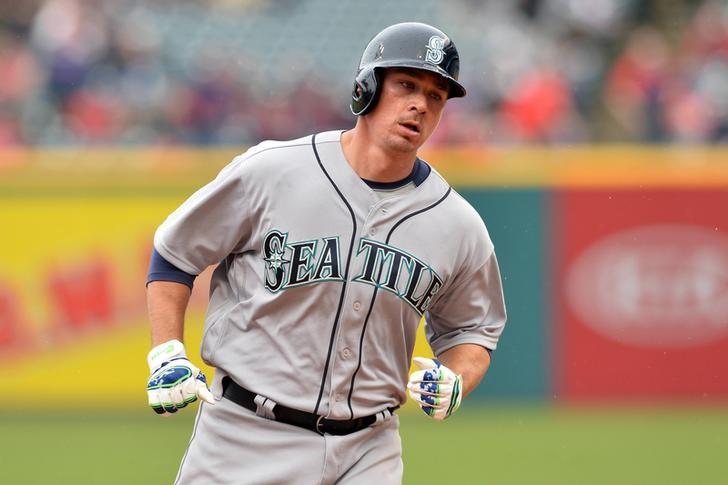 Major League Baseball’s Seattle Mariners suspended catcher Steve Clevenger on Friday for posting inflammatory comments about civil unrest in Charlotte, North Carolina, that called for protesters to be “locked behind bars like animals.”

Back-up Clevenger, who has since apologized for posting the remarks on Thursday, was suspended for the last 10 games of the season without pay, the American League club said on Friday.

Two nights of street violence sprung from protests in Charlotte over the death of Keith Scott, 43, who was shot dead by a black police officer in the parking lot of an apartment complex in Charlotte on Tuesday.

Scott’s death was the latest in a long string of controversial police killings of black people by U.S. police that have stirred an intense debate on race and justice.

“Black people beating whites when a thug got shot holding a gun by a black police officer,” Clevenger tweeted on Thursday. “Haha (stuff) cracks me up! Keep kneeling for the Anthem!

The Mariners on Thursday issued a statement about Clevenger’s remarks.

“The Seattle Mariners are very disappointed at the tweets posted on Steve Clevenger’s account,” the team said.

“While he is certainly free to express himself, his tweets do not in any way represent the opinions of the Seattle Mariners. We strongly disagree with the language and tone of his comments.”

“First and foremost I would like to apologize to the Seattle Mariners, my teammates, my family and the fans of our great game for the distraction my tweets on my personal twitter page caused when they went public earlier today,” Clevenger said.

“I am sickened by the idea that anyone would think of me in racist terms. My tweets were reactionary to the events I saw on the news and were worded beyond poorly at best and I can see how and why someone could read into my tweets far more deeply than how I actually feel.”

The 30-year-old Clevenger has not played for the Mariners since late June after suffering a broken hand and a flexor strain in his right elbow.

In 22 games this year, his only season for the Mariners, he is batting .221 with one home run and seven RBIs in 68 at-bats.